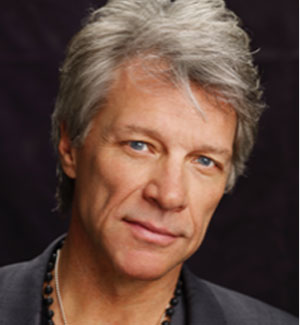 Self-reliance, optimism, and community are key concepts that define Jon Bon Jovi’s music and charitable efforts. The front man for the Grammy Award-winning band, Bon Jovi has not only written and performed countless rock anthems, he has utilized his spotlight and raised millions of dollars to aid the working poor, the homeless, and the hungry. After selling more than 130 million albums and performing in over 50 countries for millions of fans, the band was inducted into the Rock and Roll Hall of Fame in recognition of their longevity and impact on popular music for the past three decades. Jon is also a member of the songwriters hall of fame.

Jon is also the Chairman of the Jon Bon Jovi Soul Foundation, a nonprofit organization dedicated to bringing about positive change and helping those in need “one SOUL at a time.” The Foundation funds partnerships that address the issues of food and shelter. Since its inception in 2006, the JBJSF has provided over 700 units of affordable and supportive housing in 11 states. Adding to these efforts, is the recently opened Walter Reed veterans housing facility which opened in October 2019, giving homes to 77 previously homeless veterans along with a stable of support services on site. In October 2011, Jon along with his wife Dorothea, opened the first JBJ Soul Kitchen nonprofit community restaurant in Red Bank, NJ. There, they created a pay-it-forward model, that serves an in-need and paying customer. In the aftermath of Hurricane Sandy, they opened a second location in Toms River, NJ. These community restaurants have since served over 100,000 meals. In January 2020, the JBJ Soul Foundation opened a first of its kind kitchen on the Newark campus of Rutgers University to serve college students challenged by food insecurity. 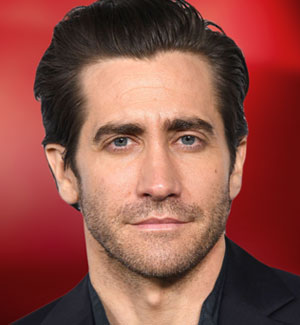 An Academy Award®-nominated actor, Jake Gyllenhaal has established himself as one of the finest actors of his generation. His production company Nine Stories is quickly becoming a force – sourcing material, developing it from the ground up, collaborating with bold storytellers, and shepherding the projects through release.

In 2014, Gyllenhaal starred in Dan Gilroy’s thriller Nightcrawler, which he also produced. For his role, Gyllenhaal received BAFTA, Golden Globe®, SAG, Critics’ Choice, and Independent Spirit Award nominations and was recognized with Best Actor citations from numerous critics’ groups. Notably, Gyllenhaal also won an Independent Spirit Award as a producer on the film for “Best First Feature.” Additionally, that same year, Gyllenhaal made his Broadway debut in Nick Payne’s Constellations and musical theatre debut in the Encores! production of Little Shop of Horrors.

Gyllenhaal can most recently be seen as the multi-faceted “Mysterio” in Jon Watts’ Spider-Man: Far From Home alongside Tom Holland and Zendaya. The film, which was released on July 2, 2019 was the highest grossing Sony film of all time.