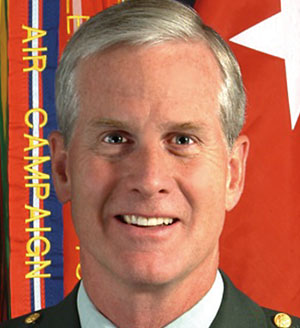 James A. “Spider” Marks is the President of The Marks Collaborative, an advisory firm dedicated to the development and transformation of corporate leaders and their organizations. Since retiring from the military, General Marks has continued his engagement in national security as an on-air contributor to CNN and as a keynote speaker and author addressing our dynamic geo-political environment. He has led business ventures to include entrepreneurial efforts in education, energy, IT, and primary research.

General Marks spent over 30 years in the United States Army holding every command position from infantry platoon leader to commanding general and was the senior intelligence officer during the LA Riots, in the Balkans, Korea, Iraq. He is an Honor Graduate of the US Army’s Ranger School and a member of the Military Intelligence Hall of Fame. 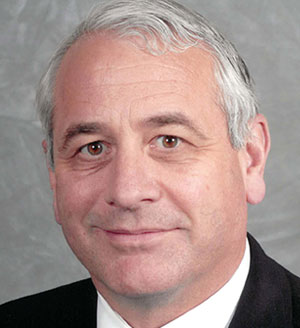 Stephen T. Rippe, Major General (Ret). U.S. Army serves as chief executive officer, Armed Forces Retirement Home. He also has served as a Trustee on the Norwich University Governing Board since 2006. Additionally, he serves as a Special Adviser to the David Lynch Foundation’s Center for Excellence in Military Health. Since 1999, General Rippe has served in C-level executive positions in Washington DC - Abu Dhabi, United Arab Emirates - and in northern Virginia.

General Rippe received a B.S. in Business Administration from Norwich University and was commissioned in infantry as a Distinguished Military Graduate. He served as a ranger, parachute and aviation-qualified infantry officer and earned a Master of Military Arts and Science from the Advanced Military Studies Program. He is recipient of numerous awards and decorations, including the Defense Distinguished Service Medal. 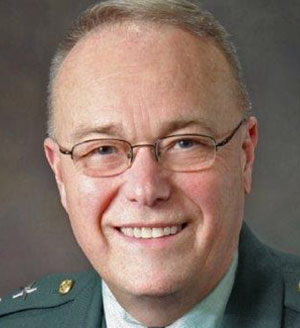 In July 1992, Dr. Schneider became the 23rd President of Norwich University. Since then, he has championed Norwich’s charge to distinguish the University in the marketplace of higher education institutions by educating and preparing students to be global leaders in the private sector, government and the military.

One of the longest seated college presidents in the country, Dr. Richard W. Schneider proudly carries on the tradition Norwich University Founder Captain Alden Partridge began 200 years ago of developing “citizen soldiers.” Through his experience in the military and academia, as well as his service in the U.S. Coast Guard, Dr. Schneider epitomizes Norwich’s unique position in American higher education. 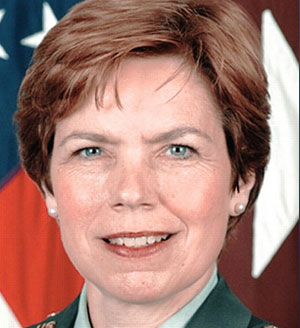 General Sutton is the founding Commissioner for New York City’s Department of Veterans’ Services (DVS). Established in 2016, DVS is the nation’s first municipal-level agency devoted solely to veterans and their families. A career Army psychiatrist, Sutton seeks to demonstrate the essential role of community as the front line of hope and healing, guiding veterans and their families in their journey from ‘doing better’ to actually ‘getting better’ – at home, work, school and life. Resilient communities build safety nets for catching falls and springboards for launching goals. This ‘whole health’ approach, incorporating peer support, arts/culture, holistic services and clinical treatment, lays the foundation for success by restoring trust and overcoming stigma.